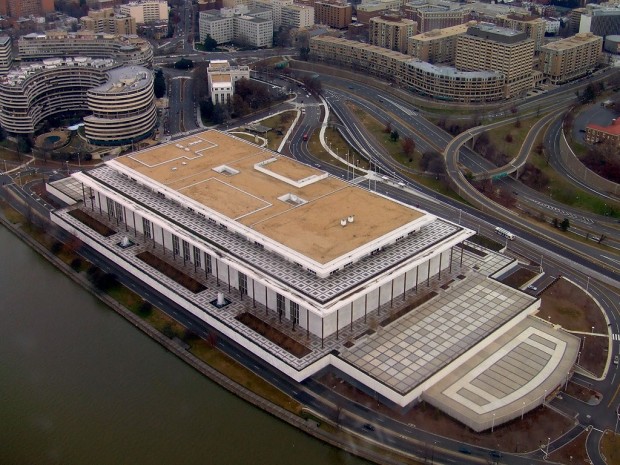 The John F. Kennedy Center for the Performing Arts

The John F. Kennedy Center for the Performing Arts is not only DC’s foremost performing arts center, but also the busiest in the nation. The Kennedy Center is divided into three main theaters, and five smaller venues. The Concert Hall is the largest, with seating for 2,400 people. The Opera House is home to the Washington National Opera, and is the Center’s main showing for opera, large-scale musicals, and ballet. The Eisenhower Theater shows musicals, ballets, and smaller operas.

Since opening in 1971, the Kennedy Center has put on more than 300 theatrical works, with The King and I, Annie, Little Women, The Phantom of the Opera, and the American premier of Les Misérables being just a few of them.

The rooftop terraces are open to the public free of charge from 10 am each morning, until midnight, and offer great views of the surrounding areas, including the Lincoln Memorial, George Washington University, the Watergate Complex, and the city skyline.

To view the calendar of events, book tickets, and learn more about the Kennedy Center for the Performing Arts, visit their website at kennedy-center.org.