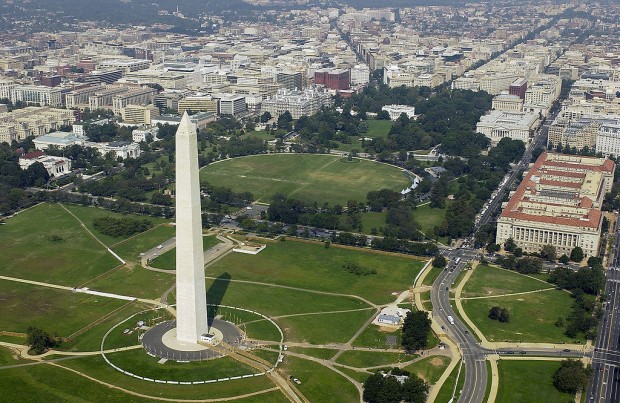 While Washington was yet alive, and even more so after his death, various people called for a monument in his honor, because of his great service in the Revolutionary War, and the office he held as the first President of the United States. Eventually, after deliberation, opposition, and other setbacks, construction was begun in 1848. In 1854 funding ran out, which, combined with other problems, delayed further progress for some time. Finally, in 1884, construction was finished, with the placing of the aluminum apex. On October 9th, 1888, the monument was finally opened to the public.

On August 23rd, 2011, the Washington Monument was damaged as a result of a Virginia earthquake, and subsequently closed to the public. The damage was not significant enough to cause major structural problems, but some cracking did occur, and water leaked into the tower from hurricane Irene a few days later. Repairs have been ongoing, and the monument is expected to open at some point during 2014.

As of January 2014, the Washington Monument is still closed.

To learn more about the Washington Monument’s history, read this Wikipedia page, and here for the national park website.